Lynn was born and raised in the Adelaide Hills. Both his mother’s and father’s families were early settlers in and around the Summertown and Uraidla district. The Trenordens had an orchard growing mainly apples and cherries. At an early age he assisted in the orchard and in the rambling ornamental garden, and carried out early attempts at seed sowing and propagation by cuttings. Lynn was particularly interested in collecting and growing the local Banksia seed. Following high school, Lynn gained a position at Mt Lofty Botanic Garden, which lead to him being accepted in the Adelaide Botanic Garden training course for the next 4 years. Following this he worked in local government parks and gardens in Adelaide and Townsville, then was appointed Assistant Curator of Lae Botanic Garden in Papua New Guinea. The following year, in 1971, he was appointed Curator at Lae. This was a wonderful opportunity as not only was he able to make his mark on the Botanic Garden, but was also able to undertake a few plant collecting trips throughout the country. Lynn had married Christine shortly before moving to Lae and their first son was born there. On return to Australia Lynn was appointed Curator of Grounds at the newly established Murdoch University in Perth, which he held of 8 years, and their second son was born there. Back in Adelaide, Lynn has worked in the TAFE system coordinating and lecturing, some time working on greening projects, tree surveys, bushcare, and was for 7 years Parks and Gardens Supervisor at Campbelltown City Council. Lynn and Chris have lived on the south coast for around 4 years and both are involved in local community, especially environmental programmes. 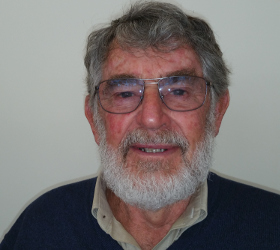